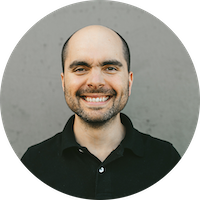 I had a conversation with a leader who was frustrated that people weren’t adopting a wartime mentality quickly enough. His team resisted the idea, wanted to debate what wartime meant, whether this was actually wartime, or whether anything needed to be different. Worse, some accepted it, but weren’t acting any differently.

At the moment, the need to change quickly is paramount. However, much of the focus is on what to change, but not enough focus is given how to lead people through transition.

According to William Bridges in Transitions: Making Sense Of Life’s Changes, the problem lies in conflating “change” and “transition”.

Change is situational: the move to a new site, a new CEO replaces the founder, the reorganization of the roles on the team, and new technology. Transition, on the other hand, is psychological.

So the difference is not semantic. Change is external. Transition is internal.

A company could institute a new policy, but could fail if transition of culture doesn’t happen. A leader can boldly declare a new path, but if they don’t account for the psychology of transition, people won’t follow it.

Change could be a work-from-home mandate. Virtual instead of in-person meeting. Your company expanding or contracting. Stating that you are adopting a wartime mentality.

Transition is the psychological process of internalizing and coming to terms with the new situation. A slower and arguably more important process.

Whether the changes stick depends on how you manage the transition.